Search for Book or Author

Heartland Insurance, the brainchild of multimillionaire Jared Finch, has a simple business model—buy people’s life insurance policies and collect the proceeds when they die. New Orleans homicide detective Jo Crowder and FBI Special Agent Alex Hill suspect there is a sinister relationship between Finch’s company and a research laboratory that is testing an experimental serum on animals. Hill and Crowder team up to investigate why so many people connected to Finch and his company are dying. But are they willing to break the law and risk their lives to uncover the horrifying truth? 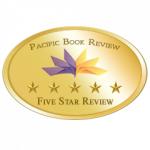 What Readers are saying about Double Indemnity

“Author Zappa is both a first-rate writer and storyteller. His plot is intricate and involving, yet easy to follow. His action sequences, of which there are many, resonate with cinematic intensity. He creates characters whose motives and behaviours are not just dramatic but credible as well. Zappa uses dialogue as it should be used, with spice and bite. He increases reader involvement by making his protagonists face moral as well as physical challenges. And he does it all while keeping the pace of his story roaring ahead. You’re definitely in for enjoyment if you sign on the dotted line for this novel policy of Double Indemnity.”

RECOMMENDED by the US Review

“Jo Crowder, an attractive thirty-six-year-old, works in the homicide division and isn’t afraid of her job. She has a long list of kill numbers, and more than once, she has been accused of using lethal force and sent to the board to defend herself. Crowder suspects that Heartland Insurance, which buys life insurance policies and collects the proceeds after their clients’ deaths, is covering up something sinister. After discovering that Heartland has a suspicious number of clients, all suddenly deceased, Crowder and FBI Special agent Alex Hill uncover the insurance company’s evil connections with a research lab testing their experimental serum on animals. However, to prove they are right, Crowder and Hill must put themselves in grave danger and break a few laws along the way.

Zappa is a skilled storyteller, and fans of crime novels will find a lot to love here. As a trial lawyer himself, Zappa brings a sense of authenticity to his plotline as well as to all matters of crime in the novel. The characters are well-drawn and believable. Crowder’s character as a take-no-prisoners homicide detective is convincing, and her work ethic is easy to admire. While finding a crime novel with a lead female detective is not as difficult as it used to be, it still makes a nice change from the standard, male-dominated genre. Despite their unconventional actions—and even illegal ones—Hill and Crowder both prove to have strong moral compasses. The mounting body count and seemingly endless twists and turns in the story create an exciting, rapid pace that keeps the reader focused and interested. The dialogue is easy to follow and rings true throughout the book. Overall, this is a well-written and exciting novel that builds to a satisfying final conflict while also leaving room for another book in the series.”

– Jennifer Hummer, The US Review

All material on this website is under copyright to AIA Publishing and cannot be shared without written permission.

Written a book? Need some help reviewing and revising it? Download our managing editor's Novel Revision Checklist for step by step guidance.

Please note: We are closed for holidays from Christmas day until Jan 30th 2023. Dismiss